The Hasslefree Miniatures HFW001 Goblin Queen Diorama was an entry for the 2005 FU UK! Sculpting Contest: "Female miniatures... that women would buy". Here is some of the pictures of the greens taken from the contest. The Diorama piece was later acquired by Hasslefree Miniatures and sold in a limited period and is now OOP. 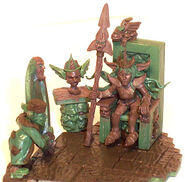 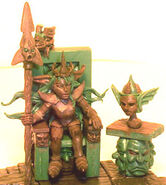 The Queen and throne 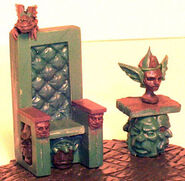 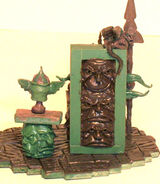 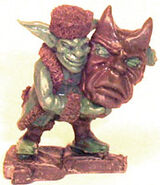 Wizard with mask
Add a photo to this gallery

In 2006 John entered a Asylum Doctor/Faceless Stalker. The miniature was moulded by White Knight and a few copies was made.

2007 FU UK! Sculpting Contest: "the Unseelie Suspects - or the dark side of faeryland"

In 2007 John entered the FU UK! Sculpting contest again. This time again with a diorama piece called: "Puck's dance". The diorama was entered in the category: "Satyrs and Woodland spirits".

The main figure is Puck, dancing on a rock, his true nature revealed from behind. With him are Peaseblossom on lute and Mustard Seed on trumpet, who provide the music for Puck's dance.

They do not care that they are disturbing the inhabitant of the rock, and are therefore neibours from hell. It must be early morning as he has not yet brought in the milk from the doorstep.

Again the miniature has been moulded and cast by White Knight - but only 3 copies has been made.

Peaseblossom and Mustard Seed is now a limited edition release from White Knight Miniatures, though. 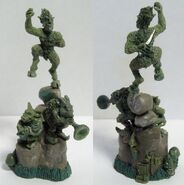 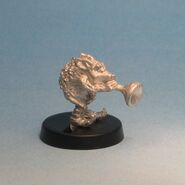 Peaseblossom (from White Knight Miniatures)
Add a photo to this gallery
Retrieved from "https://collectingjohnpickford.fandom.com/wiki/Various_Sculpting_Compatition_Entries?oldid=4467"
Community content is available under CC-BY-SA unless otherwise noted.